The isolated exceptions of mutual beauty

“Can we both look good together, or should I show my bad side and you show your good side?”

In the whole of 2013 I made a conscious and excessive effort to trace how many couples I could see where, from a neutral observer’s perspective, one could safely say that the woman and man were an eye catching bond.  Not to put too fine a point on it, I was looking for hot couples.  This annual duration included vacations to New York City, Northern Spain and the top to bottom of Portugal.  Many cities in the UK, whether it was social or business activity, were also visited.  And there's also the other 200 plus days I woke up and walked out the door too.  I saw 2 couples that ticked this box in a whole calendar year.

Many posts in this blog will cover, directly or indirectly, the reasons why I believe this dynamic – of both high physically attractive women and men walking hand in hand – is isolated viewing.  I never get tired of pointing it out, because I believe men never grow in comprehending the reality and women never tire of its denial.  But ladies and gentlemen, you cannot hide from what you see.  Or in this case, it’s what you don’t see. 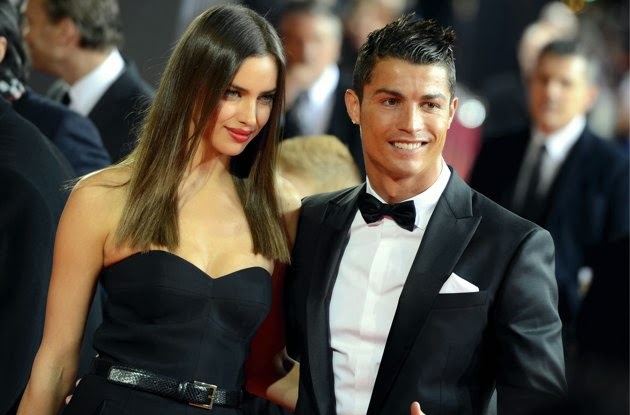 However, every now and again when a pig flies through the sky, a person can come across the above vision.  Just for clarity, the man is Cristiano Ronaldo – the recently awarded World Footballer of the Year for 2013.  The woman in the picture is his girlfriend – Irina Shayk, a 28 year old Russian model.  Ronaldo did reference her as his wife in the gala speech as he picked up the award, but there are no actual records to show they’re officially married.  They’ve been dating since 2010.  Make no mistake about it, this image is extremely rare to find in life outside of the rich and famous.

In the case of Ronaldo, the Portuguese star is at the pinnacle of his powers in many measurements.  Encroaching his 29th birthday, he proves how men should be able to look at their physical peak at this age.  In truth, and like all men who choose a healthy lifestyle, he should be able to take this look well into his 30s.  Without trying to sound too cocky or self-promoting, I could go toe to toe with Ronaldo on the facial features and body profile side of physical attractiveness, but his extra couple of inches in height (to give him a near 6ft 2 inches stature) elevates him to an overall  9/10 male rating.

Now that the physical side is out of the way, let’s focus on his even more babe magnet attracting metrics.  Along with Lionel Messi, Ronaldo has been head and shoulders the best footballer in the world over the last 7 years.  So basically he is the best at what he does in the highest profile sport on the planet.   Annual earnings of $44m/year don’t hurt do they, and commercial spin offs would likely make this figure to appear on the light side.  And, in true fairness from the interviews I’ve seen over many years, he does seem to be a guy with an abundance of intelligence, charm and personality.  My friend recently criticized his arrogance, to which my reply was along the lines of questioning whether “Ronnie” could be as good as he is without this demeanour.  My friend responded by stating that Messi does it in a more unassuming manner.  In truth, when you’re the best footballers in the world it really has no bearing on anything.  Fame, talent, status and money are hardly going to be taken as an oversight due to a lack of modesty.

You’ll notice Ronaldo has his eyebrows waxed to further emphasize his “pretty boy” look.  Men in the “real world” should take note of this, and I’ve made this exact same mistake myself.  You have to realize and accept that famous men can get away with certain grooming where men off the street cannot, even if you’re on a comparable looks level to them.  So if men are trying to replicate famous celebrities in hope it attracts women, yet it actually is not attracting them in ultimately closing deals, understand it’s because you are not offering women anything to mitigate against the irritable feeling they have in considering being with a good looking man.  Women will date men of equal, and sometimes greater, physical attractiveness relativity if there’s something in it for them.

When I observed Ronaldo’s girlfriend at the gala, she went through differing expressions and emotions.  When he was making the speech and was up there on his own, I sensed a touch of envy in her eyes.  Nevertheless, I have to point out that when his little boy (Cristiano Jnr) ran up to stage and the father picked him up, she did seem to have genuine happiness and pride in that glee of hers.  Maybe there’s a point to all this.  A woman is more proud of her loved one when there is a portrait of his production alongside him (Shayk is not the mother of the child).  When a man stands alone, with spectators captivated to his brilliance, a woman can perhaps feel a discomforting air of inferiority complex when comparing against her own value to the world.

To bring all this back to us folk who are not so rich and famous, it’s imperative to understand that if Ronaldo was just a “normal” guy from a random city, but he looked exactly the way he does today, he would struggle to find a woman to date him.  This is all the more relevant to women aged above 23, and it’s on the basis he runs by the standard male process in desiring to be with a woman of similar or greater visual beauty.  For starters, he would be better looking, in gender relative terms, than 99.9% of women walking down the standard streets.  In addition to this, even if he was more than happy to concede to an 8/10 or 8.5/10 woman, it is highly unlikely many of these women would lead by their sexual impulses before the itching pride, trust and ego concerns that eat away inside their bones.

But extreme wealth, fame, talent and status remove all these barriers to give him an access to pretty much any woman he wants.  This is just, once more, another reminder that male looks are such a minor passage in the whole scheme of things to the acquisition of a woman who a man desires the most.  This gap can be bridged, to an extent, when a good looking man has the opportunity to show a woman how great a guy he is, but until that time arrives he fights the battle of her negative perception.

Where it does become tricky is when you put two men of wealth, status, personality and charisma parity in front of a woman, yet one of them was less physically attractive than her but the other was on her par or greater.  My inclination tells me, and general observation would back this up, that the majority of hot women would take the man who is typically 10% to 15% below their own self-rated visual blessings.  Cute women would proceed in a similar way, but they would more likely run with the man on their level – hence an above average looking man – than a less visually appealing man.  This is because status and money is hard to validate in environments where women don’t know a man personally; therefore an above average looking man is not going to give a cute woman massive trust or egoism issues.  In other words, an above average looking man will not turn many female heads on his look alone, and he won’t take the stage away from his girlfriend’s cutie face.  As for average looking or ugly women, it simply goes one stage further.  They would have no problem dating a man who is on the same looks grade as them, because a man on their level is not going to be appealing unless he holds a major social status profile.

So yes, male good looks are a blessing and an obstacle in equal measures.  Other desirable metrics give lesser looking men an upper hand, because male looks are not too important to women for long term partner suitability.  Male good looks, with little else to accompany, also act as a disadvantage to appeal to women in most scenarios.  When a man starts to input other further attributes to his already in place good looks, this kind of high value man starts to level up the playing field once more, even to the point where he edges ahead.

Some sources I have read via literature from the United States could lead a person to believe that there is a gradual shift back to a viewing of more women going for better looking men.  I certainly didn’t see it from my last trip there less than a year ago, but I would be the first to back this up if I did one day start to see a trend emerge.  For now, you can only sit back and take a pleasant viewing from extremely rare hot couples.  But even in celebrity land, with a woman and man of similar earnings and profile, you're still more likely to see this…. 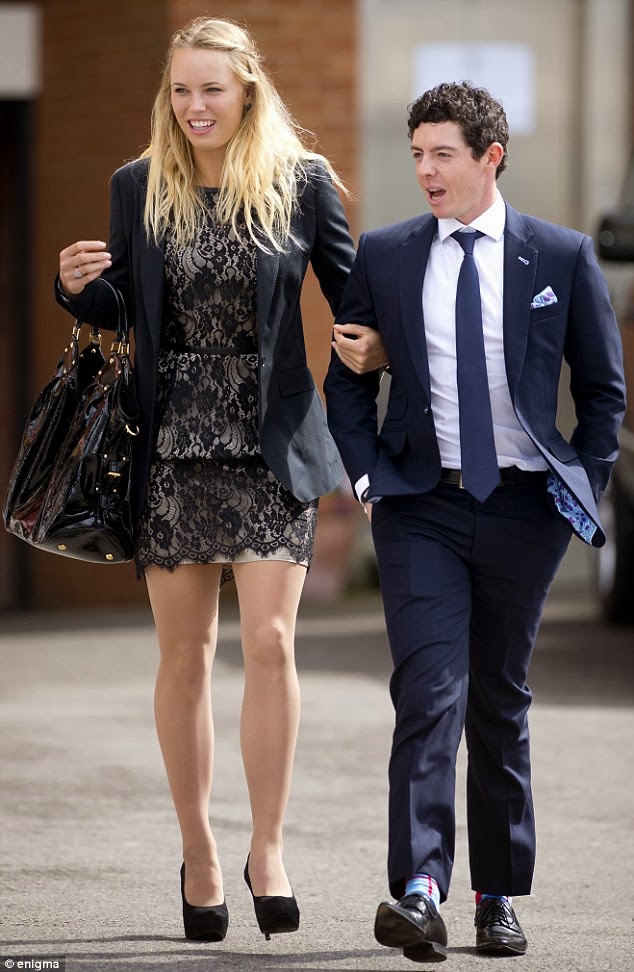