A Woman's life summed up in 3 pictures

"This is what you get when you poke a stick in a hornet's nest."

This post wasn't planned, but I couldn't resist a few words on how you can pretty much see the magical world of a woman's life in terms of egoism, self-entitlement, self-pity, opportunism, mate choice and physical decline.  I love metaphors, phrases, real-life happenings and success or failure stories, but no amount of words can ever quite come close to revealing the truth behind emotions, predicaments and fake dressing of content or unhappiness that coincide in our lives than the images produced from a camera lens.

What struck out at me from a distance was the heading to this article:
This Woman Was "Too Pretty" To Find Love On Dating Websites

Straight away, this theory is a complete crop of shite.  No woman can be "too pretty" on a dating website.  I have done my own self-analysis of this dating method, and let me tell you there are more better looking men trying to find someone from the opposite sex - whether it be for love or sex - than the numbers of physically attractive women.  This goes against the normal course of events in society where there are nearly 4 times as many cute women and hot women in comparison to above average looking men and very good looking men respectively.  In addition to this, even if male good looks are not a priority for a woman (and they rarely are a priority), there will always be the hoards of lesser looking men who can offer more in the way of provision, reliability and commitment.  So sure, love may be hard for a woman to find if she lays down the usual long tick list, but capturing it is no more difficult online than on the street per se.

In addition to this, I very much doubt that vast quantities of men are writing messages to women in proposing to only "hook up".  Just take a look at the mediocre, to be kind, calibre of >90% of men on dating websites.  Sure, they would give their right arm to just find a woman for sex and then move onto the next one, but very few men in percentage terms have this armoury to attain such luxury.  This woman in the story claimed men only wanted her for sex (which, an interpretation for any woman stating this is self-promotion of - "how beautiful I am"), but "Mr Average" is hardly going to lead with this, is he?

I've linked the whole article below, but here are 3 of the pictures with a few summaries added from yours truly. 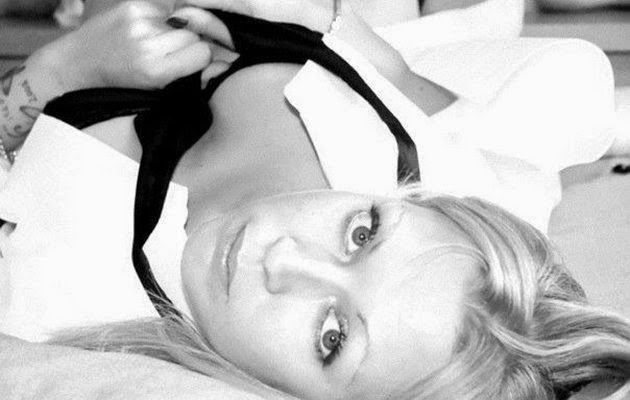 I'm predicting she was in her early to mid 20s when this professional photo was taken.  Yes, decent from what I can see, although any professional portrait will enhance the true real-life look.  All in all, ignoring the chavvy tattoo on her left wrist, I'd give her a 7.5/10 from what can be seen. 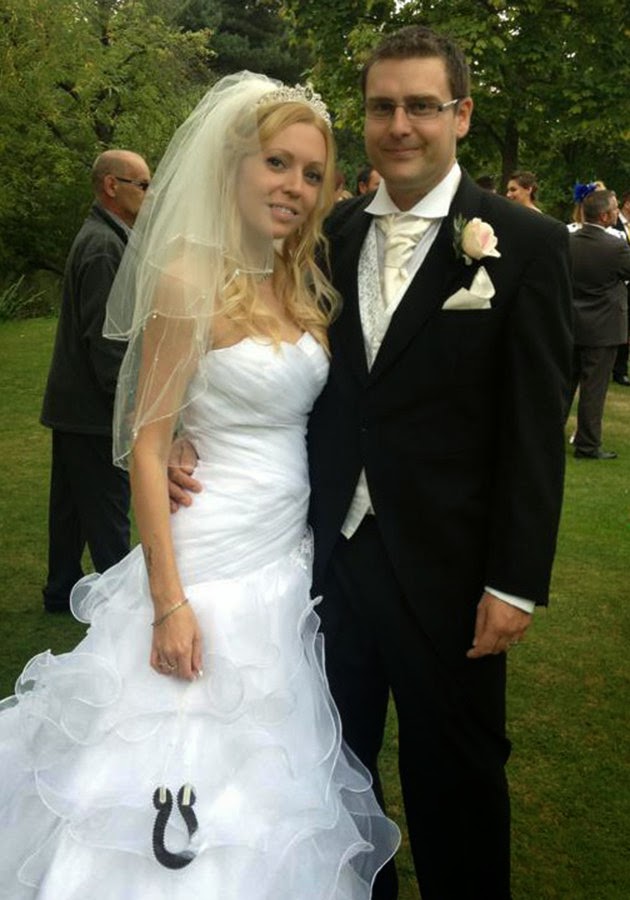 Now she is somewhere between 28 and 33 (on the basis the article states the two of them bumped into each other 5 years ago).  I hedge a bet she was 29 or 30 on the big event.  Women who want a wedding day to show off don't need to wait long for a clueless man to take her down that route, and her husband looks as beta as they come.  Even on the biggest day of her life (cough, cough), she struggles to scrape above 6.75/10.
"The pair dated for a few months when she was 19 but they split because he was too quiet whereas she was too outgoing."
Once more, let's have a free interpretation to what this means:  Basically, she wanted to explore all avenues with, let's just say, edgier guys out there, whilst he was a geeky nice guy who was way too boring for her. 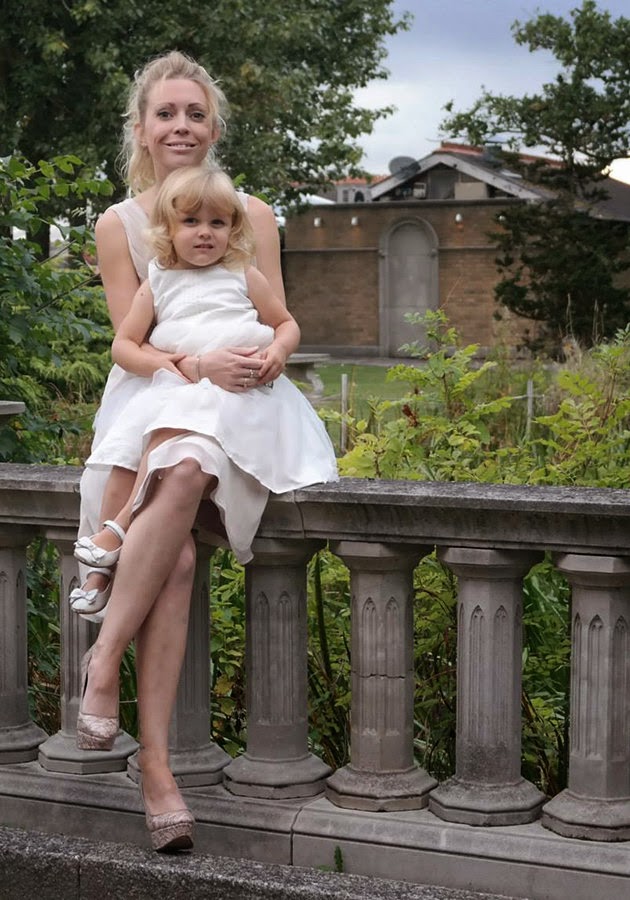 As the article states she is now 33, I can only assume the above picture is a very recent one.  6.25/10 at best?  The couple have a young boy too.
Q-Tip 1:
Notice how the son is nowhere to be seen.  You will often find that women show more affection towards their daughter than the respective son.  Although a man may have far more in common with his son, he will be equally as proud to be seen with his daughter.

If this process of events cannot smack a naive man in the face, then nothing will.  I'll clarify once more in chronological order:

Q-tip 2:
Never give more to life than you need to.  Life will never give back more to you than what you put in.  Nothing epitomizes this more than the sexual market for men.  One day, if you exerted so much money, time, energy and gratitude towards a woman in the past, you will look at it all today in thinking where it ever got you.


****All the above statements made by the author are opinions based on generalizations of females in similar stature and findings to the woman named in the article.  This blog does not subscribe to claiming this actual woman delivers life moves as stated.****